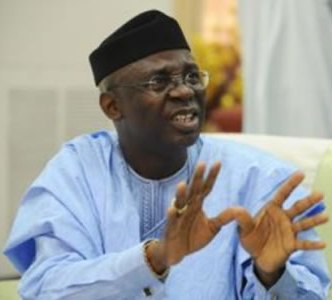 General Overseer of the Latter Rain Assembly and convener of the Save Nigeria Group, SNG, Pastor Tunde Bakare, on Tuesday said although he trusts the presidential candidate of the All Progressives Congress, Maj. Gen. Muhammadu Buhari (retd.), he doubts the credibility of “his environment”, in apparent reference to the APC.

He made this view known while addressing Christians at the annual Lenten lecture of the Island Club in Lagos.

The clergyman enjoined Christians to vote wisely, saying, “I believe in contact without contamination”.

Bakare, who was the running mate of Buhari on the platform of the defunct Congress for Progressive Change in the 2011 presidential election, pointed out that he was not a politician but a nation builder.

He said whoever loses the March 28 presidential election should accept the outcome and join hands with the winner to move the nation forward.

Speaking on fasting, Bakare urged Christians in the country to examine the true spirit behind the Lenten fast, saying fasting was not an antidote to problems but an opportunity to submit to the will of God.

He further attributed the wrong attitude of Christians to fasting to biblical illiteracy.

He maintained that the true fasting ordained by God was explained in Isaiah 58, highlighting the need to help the poor and be led by God to observe it.

He said, “It is essential for adherents to critically examine the spirit behind the fast with a view to ensuring that it is not an attempt to obtain righteousness before God”.