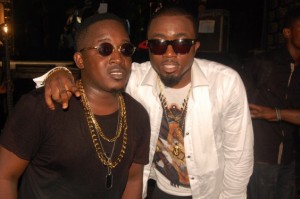 These days, everyone in the music industry seems to have his or her own music label.

I just got word that Ice Prince is set to launch his own record label, ‘Super Cool Cats Music’.

The rapper who started his music career with Chocolate City, will be revealing his own label soon.

‘We are very happy with it, there’s no friction between both labels. Ice Prince also has Super Cool Cats, which is his new imprint and it’s coming out soon, one of the things Choc City set out to do is to be the mother body and create that platform for others to grow and we have encouraged that actively by supporting their projects.’

Ice had first made mention of Super Cool Cats music in an April 2014 interview with MTV UK.

There’s videos coming out from the ‘FOZ’ album, that’s what we’re on right now – we’ve put out ‘I Swear’ and ‘Jambo’ already out. We’re putting out ‘Whiskey’ and ‘Mercy’. I’ve got a mixtape called ‘Ice Prince and Friends’ dropping sometime this year. Apart from the music there is the ‘Zamani Foundation’ – a big project that I’m trying to push as well. Those are some of the things I’m up to right now.

There’s Super Cool Cats music, my new outfit, and I have a few artists that I want to introduce to the world. There’s a girl called Ruth and a guy called Stunt. They’re all super cool cats. And there are a lot of producers in that outfit as well.