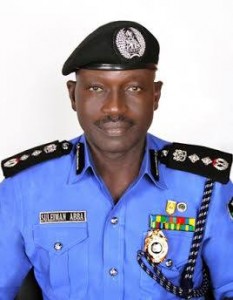 The Inspector General of Police, Suleiman Abba, has restored the police details attached to the Speaker of the House of Representatives, Aminu Tambuwal after more than four months.

A statement issued by the Force spokesman, Emmanuel Ojukwu last October had announced the withdrawal of the policemen attached to the Speaker’s office, on the IG’s order, saying it was due to Tambuwal’s defection from the Peoples Democratic Party (PDP) to APC. However, the IG has restored the men without giving any reasons.

“In view of the recent defection by the Right Honourable Aminu Waziri Tambuwal, the Speaker of the House of Representatives of the Federal Republic of Nigeria, from the Peoples Democratic Party (PDP) to the All Progressives Congress (APC), and having regard to the clear provision of Section 68(1)(g) of the 1999 Constitution of the Federal Republic of Nigeria as amended, the Nigeria Police Force (NPF) has redeployed its personnel attached to his office,” Ojukwu said at the time.

However, Special Adviser on Media to Tambuwal, Imam Iman, confirmed to Vanguard on Wednesday that all the security men earlier withdrawn on the orders of the IG, had been returned to his boss.

“It is true that all the police officers and men attached to the Speaker are back at their duty post,” Imam said.