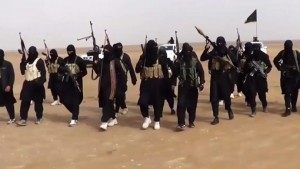 The Islamic State has supposedly published names of 100 members of the United States military online and told those who support them in America to kill those members. UPI reports:

The U.S. military has said the families of those people have been notified.”I can’t confirm the validity of the information, but we are looking into it,” a Defense Department spokesperson said. “The safety of our service members is always a concern.”

“With the huge amount of data we have from various different servers and databases, we have decided to leak 100 addresses so that our brothers in America can deal with you,” the Islamic State’s alleged “hacking division” wrote.

IS said these military personnel have participated in efforts to destroy their regime, and they must be killed.

An anonymous official told the New York Times that the names appear to be from officials featured in news articles related to air strikes against IS, as well as some others.

Share
Facebook
Twitter
WhatsApp
Previous articleWaje – “I Was Shocked When I watched My Performance On Screen”
Next articleU.S. Troops Being Pulled Out Of Yemen After Al-Qaida Attacks
- Advertisement -