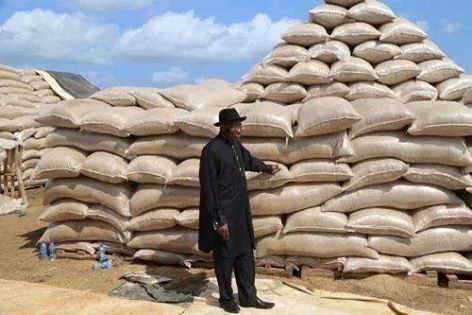 Nigeria’s Supervising Minister of Information, Edem Duke, said Tuesday that the ministry will soon launch a fresh initiative to promote the achievements of the Goodluck Jonathan Administration on social media.

Mr. Duke, who disclosed this in Abuja on Tuesday, said the initiative will be undertaken in partnership with the office of the Senior Special Assistant to the President on Social Media.

The Minister stated this when he received Obi Asika, the new Senior Special Assistant to the President on Social Media, in his office.

He said the two offices will work together to present to Nigerians the achievements of Jonathan Administration via the social media.

Mr. Duke said the idea was to use the most convenient platform to showcase the achievements of the present administration.

“What it means is that information must get to our consumers at their own point of convenience, using the tool that is most convenient for them”, he said.

The minister said this had become necessary due to the eagerness of Nigerians to see the scorecard of the Jonathan Administration.

“The idea is to move our information dissemination into another gear because of the importance, the hunger of Nigerians who are very anxious to see the scorecard of this administration”, Mr. Duke said.

He said the ministry had started collating the achievements of the present administration in various sectors.

“We have done some work in trying to collect the achievements of this government in various sectors.

“But today we have decided to aggregate the efforts of our mainstream media powered by the ministry and the office of the SSA to the President on Social Media”, Mr. Duke said.

Earlier, Mr. Asika said the present administration had performed credibly well, hence the need to showcase the achievements through the social media.

He said it was unfortunate that the media pattern and consumption of news had changed.

“But now we are able to bring new media platform in collaboration with the Ministry of Information to reach most Nigerians with the Jonathan Report, which has already reached over three million Nigerians through social media platforms”, Mr. Asika said.

He also said that the programme will be aired on television and radio stations nationwide.