Just few days to the presidential election, soldiers have been spotted in full force around the house of the national leader of the All Progressives Congress (APC), Bola Ahmed Tinubu on Bourdillon Street in Ikoyi, Lagos. 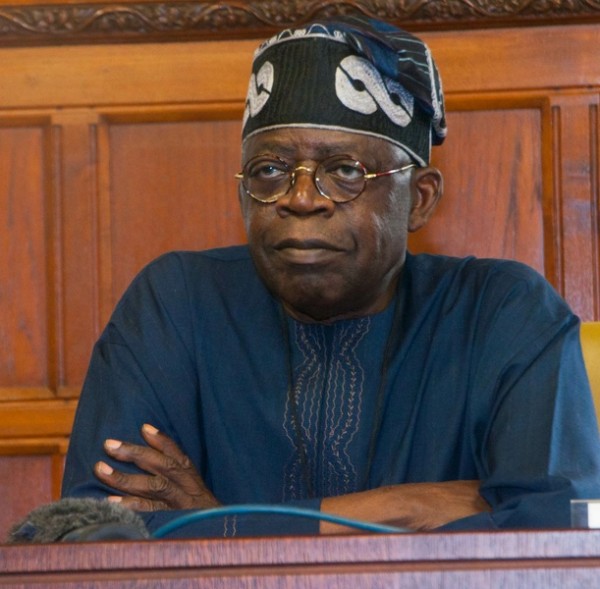 The soldiers, just like in February 8 and 10 were seen also in many parts of Lagos State yesterday in a show of force ahead of the nation’s general elections. Leadership reports that the soldiers in full fatigue and helmets carried out their display in many parts of the State, including the front of the private residence of the national leader of the All Progressives Congress (APC), Bola Ahmed Tinubu on Bourdillon Street in Ikoyi, Lagos.
The soldiers were said to be in 10 armored trucks, patrolling repeatedly  the frontage of the residence of Tinubu who’s revealed not to be in his house. The soldiers  however put the family members of the politician in distress with their looks and the manner in which they patrolled the whole environment.

A media aide to the former Lagos state governor confirmed the news saying that“The soldiers were first noticed on Sunday about 3:50pm. They were stationed about 500 meters away from his(Tinubu) gate. But Asiwaju (Bola Tinubu) is not in Lagos and there is nothing to bother about,” he added.

Between February 8 and 10, a similar siege was laid on the residence of the voluble politician. APC has been concerned about the security of Tinubu whom they alleged has been penciled down for arrest before next Saturday’s presidential polls. Leadership however made it known that the “show of force” was carried out by a joint team drawn from army, Navy, Air force, Nigeria Civil Defence, State Security Services and the Police.