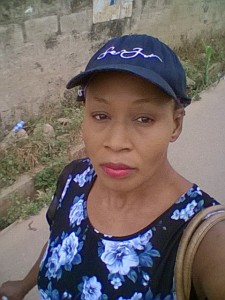 The news going around now is that daughter of ex governor of Oyo state, Kemi Olunloyo threw her father out of his own house in Ibadan.

Kemi said the reason why she did that was because her dad is a ritualist and he’s fond of washing his dirty linen in public.

Many Nigerians blasted her for acting like that and blamed her for still staying in her father’s house at 51.

Kemi took to Facebook to hit back at her critics and sister for insulting her.

“Nigerians are saying “Your father is still your father hell no! He is more than my father, he is a blood sucking‪#‎RITUALIST‬! If you are blocked, that’s what got you blocked ‪#‎DaddyDearest‬

There is only one more ritualist in the family and it is my sister Funke Olunloyo, hers is the Grail cult. She is so sympathetic to my dad. Funke is the one my father wrote in 1991 about all the discovery of charms in my grandmother’s room. Funke admitted to my mom recently that she too went in that room for a cult ritual. The ritual that will make her and I hate each other for 22 years. Funke attacked me in Sept 2014 after she said I was trying to bring down the APC after I complained to the Governor that our water was dirty. Nobody can save her but I thank GOD that her children never met my grandmother, something she prevented. My dad was not happy. This is the odd one out. On Monday she was the one who came to pack the rest of my dad’s stuff. She is also blabbing to Ibadan magazines that she supports our dad. Fucking ritualist! She is the Special Adviser to the Governor “