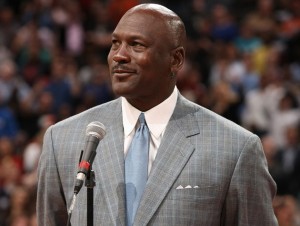 Michael Jordan is the latest billionaire on the block. According to the new list of  Billionaires List by Forbes magazine, 290 newcomers joined the list and Michael happens to be the 513th-richest person in the US.

The most famous rookie on the billionaires list? Michael Jordan, arguably the greatest basketball player of all time and indisputably the best-paid athlete of all time. Most of his cash comes from Nike payouts on his iconic brand. The Jordan brand grossed an estimated $2.25 billion in 2013, earning his Airness some $90m. But his most valuable asset is his stake in the Charlotte Hornets, worth more than $500m. When ex-Microsoft CEO Steve Ballmer bought the Los Angeles Clippers for a stunning $2 billion, values of all NBA teams skyrocketed, creating three new billionaires. Jordan’s old boss Jerry Reinsdorf, owner of the Chicago Bulls, joined the list with a fortune of $1.3 billion, and Houston Rockets owner Leslie Alexander boosted his net worth to $1.6 billion.