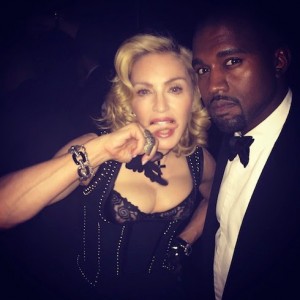 Madonna isn’t my favorite singer but I kind of agree with her on this one.

The veteran singer, Madonna told New York Daily News while promoting her new album titled ‘Rebel Heart’ that Kanye West is the black version of her.

Madonna told the site that “Kanye is the black Madonna. We know, and recognize, that we have that in common. We’re comrades in the envelope-pushing genre.”

On why she shows off her assets: