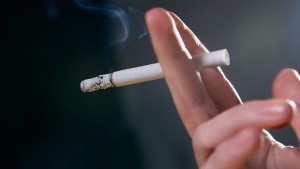 A man is angry after a court judgement banned him from smoking inside his own home. Read more from Scoop:

Edwin Gray of Washington, D.C., said that his family owned their home for the past 50 years and he never had a problem with smoking inside it. That is until a new neighbor moved in next door. The family has a young child and another on the way. They feel that they are suffering due to the smoking habits of Gray.

The neighbors filed a lawsuit seeking $500,000 in damages and they asked the judge for an injunction so that Gray can no longer smoke inside his own home. The couple said that the smoke enters their home through a hole in the basement.

A judge granted a temporary order saying that Gray, family members and any of his guests cannot smoke cigarettes, cigars or marijuana in their home despite the fact that smoking marijuana inside one’s home is now legal in the city.

Gray vows to fight for his rights to smoke inside his own home.