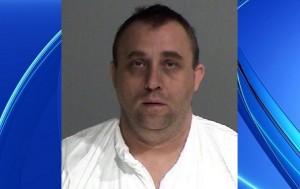 John Leo Davis called police and cried as he told dispatchers about the bloody incident that took place in the house he shared with his wife, Michele Davis, and their 8 children. John Leo Davis of Goodyear, who was arrested on charges of first-degree murder, had a history of domestic violence.

According to the couple’s children, the fight between them began when John Leo Davis hit one of his sons in the face for playing games.  His 35-year-old wife confronted him shortly after 6:00 p.m. John Leo Davis became angry at his wife. He grabbed a knife, began chasing her around the kitchen and stabbed her.

7 of the couple’s 8 children were home and witnessed the stabbing. Michele Davis ran to the front door in an attempt to get away from her husband. However, she collapsed and died.  John Leo Davis Jr. was arrested and is being held in the Maricopa County Jail on $2 million bail.