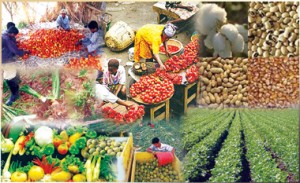 Head of Cooperation, European Union (EU) delegation to Nigeria and West Africa, Mr Bran O’Neil says more than 11 million children in Nigeria are suffering from stunted growth as a result of malnutrition.

Speaking, Tuesday, during a High Level Policy Dialogue on Nutrition-Sensitive Agriculture in Nigeria, in Abuja, O’Neil said that the availability of food did not translate into accessibility to many poor people, despite Nigeria’s capability to feed the whole of Africa.

He further noted that EU was ready to partner with Nigeria on this and that the government must go into private public partnership (PPP) to increase the availability of high nutritional value food and the acceptability of the committee report in the entire Africa.

Also, Minister of Agriculture and Rural Development, Dr Akinwumi Adesina, said over 23 million out of 66 million children that go to school hungry in the world are from Africa.

“According to the World Food Programme, it will only take $3.2 billion a year to solve this problem and guarantee access to food to all the 66 million school age children in the world,” he said.

For Africa to address the challenge of malnutrition, O’Neil said there was an urgent need for the continent to produce more of the food it consumes.

“Africa, which has 65 percent of all the arable land left in the world to feed the nine billion people in the world by 2050 has difficulty feeding itself, spending $35 billion a year importing food that it can produce in abundance.

“Africa has no business with importing food. Africa should become a global powerhouse in food, feeding itself and feeding the world,” he said.