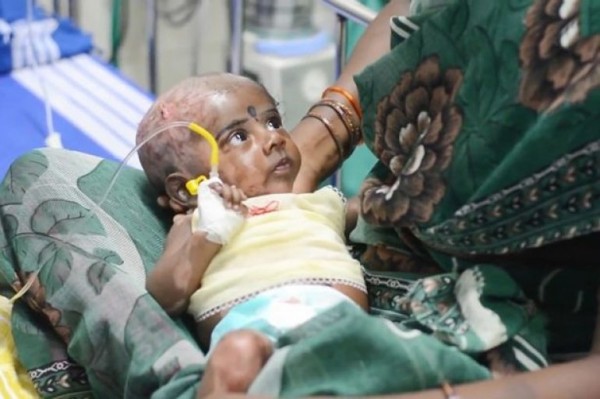 Rahul Karnan and his newborn brother were admitted to hospital in two separate cases of spontaneous combustion, Nedimoliyur, Villupuram, India.

The boys’ mother Rajeshwari Karnan claimed her babies spontaneously burst into flames – the first incident took place in 2013 when her then-3-months-old son Rahul was rushed to hospital with extensive burn injuries. The baby allegedly went on to suffer three more similar accidents following which the village community ostracised Rajeswari and her family.

In January this year Mrs Karnan’s 10-day-old child, who has not been named, was also admitted to hospital. His mother claims his feet had spontaneously combusted while she was in the bath – the boy had about 10 percent burn damage to his feet. The baby has been in hospital for more than a month, now he is stable, ready for discharge but doctors are refusing to release a baby back to his mother. 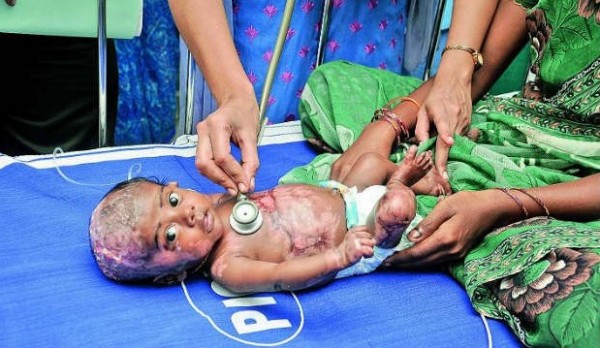 Medics fear Rajeshwari is abusing her children in order to get attention. This condition is called Munchausen by proxy syndrome – a mental illness whereby a parent seeks to harm their child to get attention. Hospital dean Narayana Babu said,“All tests reveal he is completely normal. The parents went through psychiatric counselling and were found to be normal.” 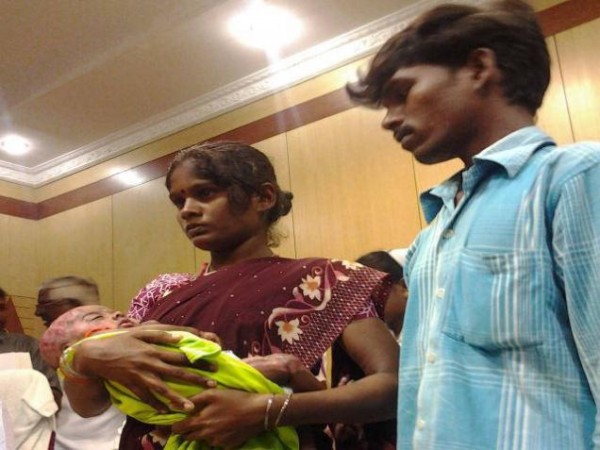 Medics still question the spontaneous combustion explanation, pointing out that the phenomenon has never been proven to exist and given the large amount of water the average human body contains. However, there are several hypotheses regarding potential causes and mechanisms, including victim behavior and habits, alcohol consumption and proximity to potential sources of ignition, as well as the behavior of fires that consume melted fats.