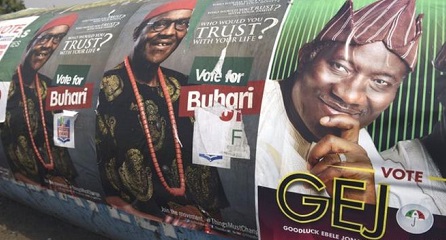 The Emir of Wamba in Nasarawa State, Alhaji Musa Nagogo, on Friday pleaded with politicians to accept the outcome of the March 28 and April 11 general elections in good faith.

The emir made the plea during an interview with reporters at Wamba Local Government Area, Nasarawa State.

“Leadership as an act of God; God gives power to whoever he wishes. The electorate should vote for God-fearing leaders in the interest of peace and development.

“As a traditional ruler, my role is to preach peace, unity and to advise my subjects and other Nigerians to live in peace and tolerate one another irrespective of ethnic, religious and political affiliation.

“No nation or society can develop in an atmosphere of rancour and confusion. The security challenges facing some parts of the country have affected the socio-economic development of the country”, he said.

According to Nagogo, as the general elections draw nearer, the people of Nasarawa State and indeed every Nigerian should shun violence and resist the urge to be used by selfish individuals to foment trouble.

He also called on the populace to pray for successful and peaceful elections.

The monarch specifically charged the youth to always respect constituted authorities, be law abiding and engage in meaningful ventures in order to contribute their quota to national development.