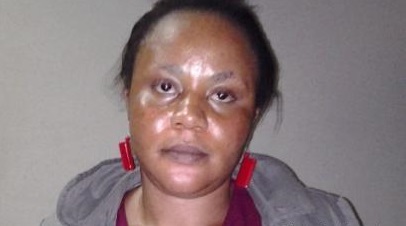 The National Drug Law Enforcement Agency (NDLEA) says it has arrested a 31-year-old single mother for concealing 430 grammes of heroin in her vagina at the Murtala Mohammed International Airport, Lagos.

This is contained in a statement issued by the NDLEA Head of Public Affairs, Mr Mitchell Ofoyeju, on Thursday in Lagos.

Ofoyeju said that the arrest took place at the Murtala Mohammed International Airport (MMIA), Lagos during the inward screening of passengers on an Emirates flight.

He quoted the NDLEA commander at the Lagos airport, Mr Hamza Umar, as saying that the arrest was facilitated with the aid of scanning machines.

“During the inward screening of Emirates passengers, one Aladi Onyinye Juliet, tested positive for narcotic ingestion.

“While under observation, the drug was subsequently expelled, field-tested and weighed”, Hamza stated.

Ofoyeju said that preliminary investigation carried out by the NDLEA indicated that the suspect was returning from Pakistan where she was given the drug.

He said that the suspect who hailed from Abia, also had established link with some Pakistani drug traffickers who sponsored her trip in collaboration with some local accomplices.

In her statement, the suspect said that she engaged in drug trafficking to settle her bills.

“I am a single mother and I need money to take care of myself and child.

“I used to sell clothes but the profit is inadequate to sustain my family.

“I would have earned half a million naira to pay for my rent and my child’s school fees if I had succeeded in bringing the drug.

“They paid for my return ticket and hotel accommodation. While in my hotel room, a Pakistani woman came to give me the drug.

“She also instructed me to conceal it in my private part to avoid arrest. Unfortunately, the NDLEA officers detected it”, the suspect was quoted as saying.

The spokesman also quoted the NDLEA Chairman, Ahmadu Giade, as warning that the agency would continue to detect narcotics with the help of technological tools.

“The NDLEA is investing in capacity building and modern equipment in drug detection.

“Investigation is ongoing to arrest other members of the drug cartel connected to her case”, Giade said.

The NDLEA called for more public support, stressing that drug control thrived on the principle of collective responsibility.

Ofoyeju said the suspect would soon be charged to court (NAN)