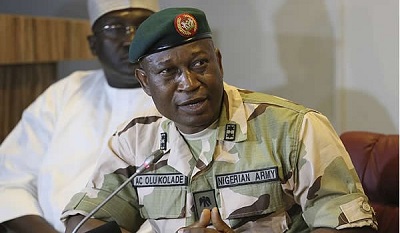 Chadian and Nigerien troops fighting Boko Haram insurgency in the North-East are reportedly begging their Nigerian counterparts to take over towns recaptured from the sect.

In the last three weeks, Nigerian troops have recorded major successes against Boko Haram insurgents, dislodging them from their strongholds and recovering large cache of arms, ammunitions and bomb making materials.

A report by The New York Times on Friday, entitled “Foreign troops beg Nigerian soldiers to occupy recaptured towns” said troops in the multinational joint task force had led journalists on a tour of the liberated towns without Nigerian troops on the ground.

Chadian authorities were reported to be angered by “the near-total absence of cooperation from the Nigerians in a crucial regional battle”.

According to the report, Chadian soldiers were wondering why they, and not their Nigerian counterparts, were securing towns like Damasak, several days after the last Boko Haram fighter had fled or been killed.

The report quoted the Chadian Foreign Minister, Moussa Faki Mahamat, as saying, “The Nigerian Army has not succeeded in facing Boko Haram. The occupation of these towns, this is up to Nigeria. My fondest wish is that they assume their responsibilities.

“Our biggest wish is that the Nigerian Army pulls itself together – that it takes responsibility in the towns. We are ready to disengage, right away”.

A Second Lieutenant with the Chadian Army whose name was simply given as Hassan, was also quoted as lampooning the Nigerian troops as failing in their responsibilities.

He said, “We asked them (Nigerian Army) to come, to receive this town from us, but they have not come. It is because they are afraid.

“We fought on the night of the 14th, and the last attack was on the 15th. We called them on the 16th and told them to come; they didn’t believe we were here.

“It is up to them (Nigeria) to hold the town, not us”, said Lieutenant Hassan, referring to the Nigerians. “Our role is offensive. Our mission is to chase the terrorists”.

In a swift response to the claims, Director of Defense Information, Chris Olukolade, said that it was not true that Nigerian troops were not willing to take over such reclaimed territories.

Speaking on Saturday, the Defense spokesman explained that there was no town liberated by the Nigerian troops in the ongoing offensive against the insurgents that was not effectively cleared of terrorists’ presence and not being well patrolled.

He, however, noted that the collaborating nations had been warned against “irresponsible” comments involving the operation, stressing that the Nigerian military would not join issues with anyone.

Olukolade, a Major General of the Nigerian Army, said: “It is not true that our soldiers are not willing to take over such communities. There is no town that our soldiers have liberated that is not being well secured and well patrolled at the moment.

“We have always warned against irresponsible comments in this collaboration and we are not ready to join issues with anybody.

“We will do everything to sustain this collaboration”.