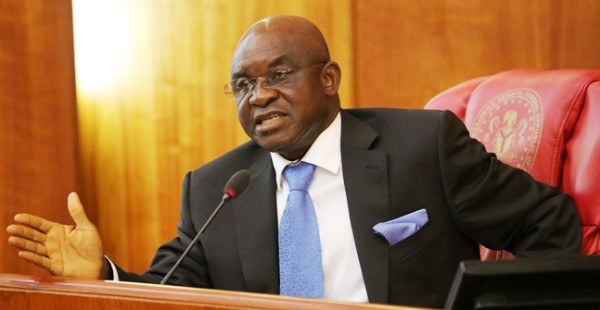 President of the Senate, David Mark on Monday described as needless, the uproar surrounding the screening of ministerial nominees on the floor of the Senate with particular reference to the confirmation of Senator Musiliu Obanikoro.

In a statement by his Special Adviser (Media), Mr. Kola Ologbondiyan, the senate president said, “I will like to state without any form of ambiguity that the President of the Senate complied with all the legislative practices and procedures in the confirmation of all the ministerial nominees that appeared before the Senate”.

The statement reads in part, “It is strange that those who hold contrary views have laid claims to the tradition of the Senate that where three Senators are opposed to a nominee, such a nominee are automatically disqualified and cannot be confirmed by the Senate.

“This is misplaced. It is important to state that the Senate found herself in a situation where two of its traditions were in conflict. There exists a tradition of permitting nominees that had served as Senators or member of the House of Representatives of the Federal Republic to take a bow and go without being questioned.

“The Senate also has a tradition of stopping any nominee that fails to secure at least two of the three Senators. Where the Senate was faced with this conflict, the option available to the President of the Senate, as the presiding officer, was to put the question to the floor and rule applicably.

“The President of the Senate, Senator David Mark, did just that. He put the question through voice vote, and a yes won resoundingly and he so ruled.

“On the issue of courts, Rules 53 (5) of the Senate Standing Rules did state; ‘if in the opinion of the President of the Senate, the matter will be subjudice’. Senator Mark made it clear that he has not been served any court order, neither has he received any injunction restraining him from processing the confirmation of the ministerial nominees”.

It further said, “Besides, it is a known fact that an accused is presumed innocent until proven otherwise by a court of competent jurisdiction. The processes and decisions reached on the screening and confirmation of the ministerial nominees were in line with the rules guiding the activities of the Senate.

“The President of the Senate, Senator David Mark, will not trample on the rules to satisfy the yearnings of any interest, no matter how vociferous and violent. He remains a Pan Nigerian and a statesman always guided by national interest and cohesion”.