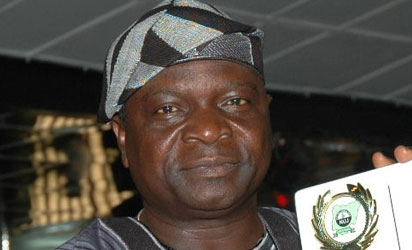 Oyinlola, who retired from the military as a Brigadier-General and later became governor of Osun State, enrolled at the university for Post Graduate Diploma in Theology.

The Centre Director of NOUN, Osogbo campus, Dr. Yemisi Pitan, advised the former governor and other matriculating students to focus on their studies and be good ambassadors of the institution.

He further counseled the students on the need to take their studies seriously, saying the centre would not tolerate laziness and any anti-social behaviour.

Speaking with journalists after the ceremony, Oyinlola lamented inadequate funding of the education sector in the country and advised the Federal Government to invest more in the sector for the development of the nation.

The ex-governor said he decided to study Theology in order to know God more and added that he could become a preacher of the gospel.

Oyinlola said, “The Federal Government should invest more in the education sector. It is a critical sector which must be given attention for any nation to develop.

“Nigeria will be greater if we invest more in the education sector and Nigerian universities will rank among the best in the world with the proper funding of the sector”.