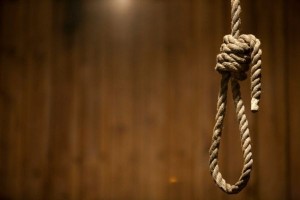 Pakistan has lifted its moratorium on the death penalty for all capital offences, after earlier restarting it for terrorism offences only. BBC has more:

Executions will resume for condemned prisoners who have exhausted the appeals process and whose pleas for clemency are rejected, officials say.

The partial lifting for terror offences followed the massacre of more than 140 people in Peshawar in December.

More than 8,000 people are on death row in Pakistan, human rights groups say.

The move, which ends a seven-year-long suspension of executions in Pakistan, was condemned as “irresponsible” by human rights law firm Justice Project Pakistan.

“Despite knowing this, the government has irresponsibly brought back capital punishment.”