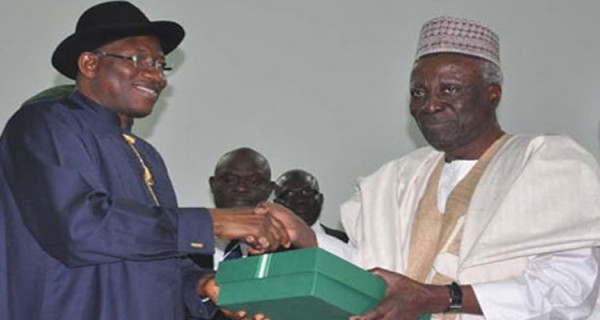 The Peoples Democratic Party, PDP, has commended President Goodluck Jonathan and the Federal Executive Council for Wednesday’s approval of the final report of the 2014 National Conference.

PDP National Publicity Secretary, Olisa Metuh, in a statement on Thursday said “the development shows that the President and the PDP government are sensitive to the yearnings and aspirations of the Nigerian people as encapsulated in the report.

“This move which has been positively received by Nigerians is in keeping with President Jonathan’s avowed commitment to strengthen the unity and stability of the nation, plug waste in the system and ensure equity in the polity in line with the PDP manifesto and visions of our founding fathers.

“We strongly believe that the implementation of this report that covers the views of all segments of the populace is also expected to help in addressing some socio-political challenges in the land, guarantee harmonious living among the people and boost economic growth across the country”, the party said.

It also noted that the approval, coming shortly after the reduction in electricity tariff and cut in the price of petrol clearly underscores President Jonathan’s commitment to the wellbeing of the people and development of the nation.

The PDP therefore charged Nigerians to remain steadfast in their support for the President and demonstrate this by turning out en mass and massively vote for him and other PDP candidates in the March 28 and April 11 elections.