The National Chairman of the Peoples Democratic Party (PDP), Alhaji Adamu Muazu, has said that the party is his home and will never leave it, following media reports of an alleged rift between him and President Goodluck Jonathan.

Muazu, who took to his verified Twitter account to debunk the rumour, reiterated his loyalty to the ruling party and Mr. Jonathan.

The tweets were signed with his initials ‘#AM’ to indicate they were his personal views.

The former governor of Bauchi, noted that he has remained in the party since its formative stage in 1998 and will not leave it for a regional, sectional or ethnic party. He also wished the opposition “goodluck in the propaganda business”, stressing that the PDP has an election to win.

See the rest of the tweets below 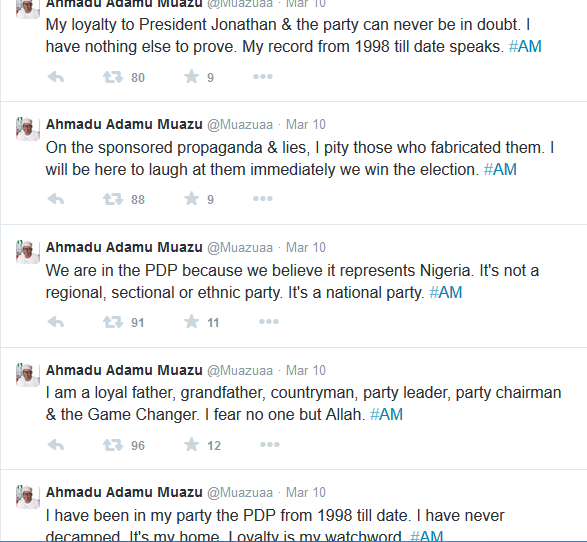