Home Metro News Presidential Poll: There Won’t Be Post-election Violence, But The Winner Has Been...
Facebook
Twitter
WhatsApp 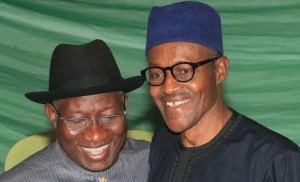 A Warri, Delta State-based cleric, Prophet Jeremiah Fufeyin, Monday, admonished Nigerians not to panic, ahead of the announcement of the results of the keenly contested presidential elections, as there will not be any violence thereafter.

According to the General Overseer of Christ Mercyland Deliverance Ministries, who had earlier prophesied about the peaceful conduct of the elections advised Nigerians to discard any fears they have.

However, he told journalists that the election would have been bloody, if not for God’s intervention.