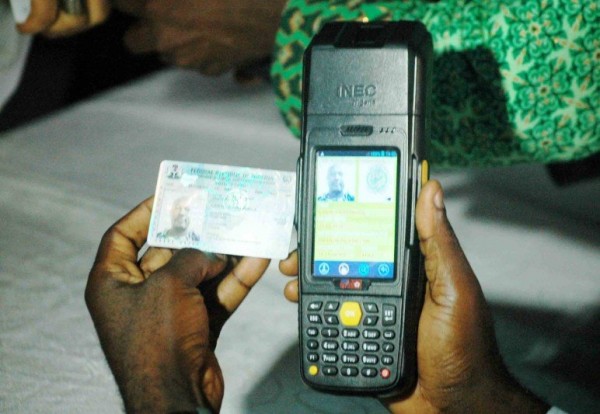 Some people in Abakaliki on Monday hailed the Independent Electoral Commission (INEC) decision to use Smart Card Reader for the general elections.

They told the News Agency of Nigeria (NAN) in Abakaliki that the introduction of the card reader would not only engender credible polls, but also ensure that only those who registered were allowed to vote.

They contended that the innovation would minimise rigging, ensure transparency and deepen the country’s electoral process.

The people urged Nigerians, especially the political class, to have confidence on the Prof. Attahiru Jega-led electoral umpire, saying that the commission would deliver on its mandate.

A lawyer and Human Rights activist, Mr Alex Ibiam, said that the card reader was an innovation aimed at reducing electoral fraud.

Ibiam said that the measure would eliminate sharp practices usually associated with balloting and ensure credibility of the exercise.

“I think Jega should be commended instead of being castigated for introducing the card readers for use in accreditation of voters.

“I participated in the rescheduled test-run of the use of the machine in Abakaliki and the device worked perfectly well.

“I believe that those who are not comfortable with this new technology are those who are shying away from the truth or those who want to maintain the old order.

“But the world is changing and we need to change with the changing tide in our electoral system in order to consolidate our hard won democracy.

“There should be a collective resolve by all and sundry to partner the electoral umpire to succeed”, Ibiam said.

Mr Joe Onwa, a civil servant, said that time had come for Nigeria to get it right in its march toward consolidating its democracy.

Onwa said that the electorate were desirous of allowing their votes to count, adding that the card reader was an innovative attempt toward achieving credible voting.

He expressed hope that the card reader would stamp out electoral malpractice and ensure that only qualified to voters participate in the exercise.

“We have all yearned for credible electoral process where the votes of you and I will count; I think with what INEC is doing that time has come.

“We owe a patriotic duty to support the commission in its painstaking efforts in ensuring that our votes counted in the forthcoming elections.

“I urge politicians and the political class to partner with the commission to ensure that the process is not only credible but seen to be credible both locally and internationally.

“History and posterity beckon on every patriotic Nigerian to support INEC in this trying moment of our democratic journey”, Onwa said.

Mr Martin Eze, a trader at the Abakpa Main Market in Abakaliki, blamed politicians and the political class for heating up the polity unnecessarily.

“Jega has a very good and patriotic intension but our greedy, desperate and over ambitious politicians are bent on destroying the process just to achieve selfish ends.

“I support INEC for insisting on the use of card reader, while urging the commission to guard against any attempt to compromise the machine”, Eze said. (NAN)