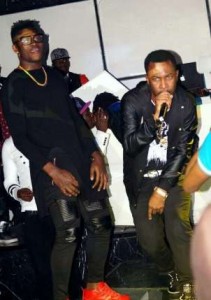 Reports online says that veteran Nigerian rapper, Ruggedman, had one of his shows interrupted by Chinese policemen while on tour.

Ruggedman was performing at ABCD club in Guangzhou when policeman came to interrupt his music show.

“Ruggedman’s show was going smoothly and the turn up was loud. As a matter of fact, Super Eagles player. Aaron Samuel and B2Ks Demarion were there with Ruggedman, and all of a sudden the police just came in to stop the show” said the management.

“We later found out that it was a competing show promoter in China that called the police because they felt jealous. His other shows in other cities are still on course” further said the rapper’s reps.