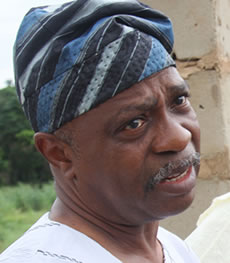 Governorship candidate of the Social Democratic Party in Ogun State, Senator Akin Odunsi, has decried the neglect of rural areas by the current administration of Senator Ibikunle Amosun, promising that if elected as governor come April 11, he would ensure even distribution of developmental projects.

The SDP candidate stated this during his campaign tours to various local government areas of the state at the weekend.

Odunsi noted that his administration, if elected, would turn around the fortunes of rural dwellers and the downtrodden.

He said, “As a responsive government, the distribution of projects ought to be evenly spread and not concentrated in a particular section, especially the neglect of rural areas that form the bulk of the population of our state”.

At Imeko-Afon Local Government, Odunsi assured the people that the boundary dispute between the place and part of Oyo North in Oyo State would be amicably resolved, while the incessant attacks by the Fulani herdsmen would also be stopped by his administration, if elected.

Odunsi gave this assurance when he paid courtesy calls on the Obaladi of Afon, Oba Adelere Adetona, and the Onimeko of Imeko, Oba Benjamin Onitede.

He said, “My administration, if elected, will establish rice and garri milling plants, where applicable, to serve as catalyst for growth and provide ample employment opportunities for our people.

“Today in Ogun State, graduates are Okada riders and recharge card sellers, because there are no employment opportunities. However, if SDP is voted in, we would provide enabling environment for business to thrive and provide employment for the teeming youths.

“I even learned two days ago that civil servants embarked on a three-day warning strike because the state government did not remit their contributory pension. This ought not to be. Because of this and many other irregularities, that is why we are out to correct the wrongs”.