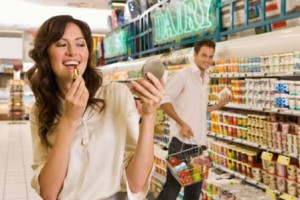 Ladies don’t be afraid to ask questions of men that express an interest in dating you. Ideally, you shouldn’t have to ask all of the tough questions. When men approach, they should be forthright, properly presenting themselves which involves more than the introduction, “Hello, my name is …” Their introduction should include information about themselves that will allow you to make an informed decision as to whether or not you want to allow them time to get to know you further.

The only men that are scared off by a woman who asks relevant questions are selfish men that have ulterior motives. It would only be to your advantage to quickly eliminate them.

Some ladies shy away from asking questions for fear that their questions may scare a guy off. The only men that are scared off by a woman who asks relevant questions are selfish men that have ulterior motives. It would only be to your advantage to quickly eliminate them. Honorable men have no problem being asked or answering questions by women they are interested in. These men know that only by engaging in meaningful dialogue can two people gain a deeper knowledge of one another to determine their level of compatibility. Here are a few questions to ask men along with the rationale behind the questions.

At first glance, this could appear to be a question that stems from a place of insecurity. In this context, it is not. This is not a question that is asked because you don’t feel you deserve to be chosen. You want to know his reason. Out of all the women he could have chosen, he chose you. You want to know what prompted him to take the risk of approaching you to pursue his interest.

2. “What is your purpose for dating?”

You want to know if he dates in order to find a wife, for sex or for some other reason. Casual dating is an oxymoron. There is nothing casual about opening yourself up to being loved and potentially hurt by exposing your emotions to a man you’re establishing trust in. It’s a willful act of vulnerability for a greater purpose than what would or should ever be called “casual.”

3. “When is sex appropriate?

What is the purpose of sex in the lives of two unmarried persons? Will he expect to have the same access to your body that a husband would have to his wife? Some seem to feel that this “entitlement” is their birthright. Sex is a very serious matter that must be addressed soberly. A husband and wife are to be one flesh. Sex between a husband and wife represents the image of a one-flesh union. It does not represent that for unmarried people. Sex, in this context, becomes a carnal act that mocks that which God intended for covenant relationships only. It’s of utmost importance to know if you have the same foundation in this area as it will greatly impact your interactions and ultimately the relationship that may ensue.

4. “What was the relationship like between his mother and father?”

That is the example he saw that modeled how a man should treat a woman in a loving relationship. This does not mean that if his father was not present in the home or if the example was poor that he could not have learned the proper treatment of a woman. It gives you a basis to understand the example he had and how that may affect how he interacts with women in relationships.

5. “Do you have men in your life that you are accountable to?”
Every man should have other men in his life that he is accountable to. This is not the same as males having other males in their lives that cheer them on in their indiscretions. That is antithetical to the accountability that is experienced among authentic men. Good men become even better men in a community of other good men. “Iron sharpens iron; so a man sharpens his friend.” As well, “Birds of a feather flock together.” Who a man’s friends are will reveal a lot about the man who chose you.

There are many more questions that can be asked. This short list of 5 questions will create the opportunity for more meaningful conversations that will allow you to gain valuable information about your suitor to help determine your level of compatibility which is the greater purpose of dating.