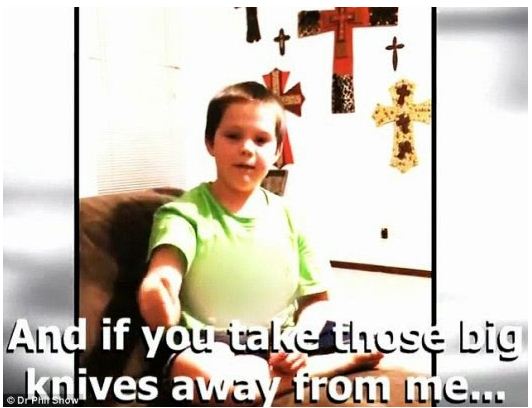 A couple who adopted their seven-year-old son from a meth-addict are convinced his obsession with knives and blood means he may kill someone soon.
Kim and her ex-husband, Ryan, adopted Rylan when he was a baby- his mother was addicted to drugs and both his biological parents had bipolar disorder. But the pair are now both terrified his aggressive behavior means he will harm someone and appeared on the Dr Phil show to beg for help. 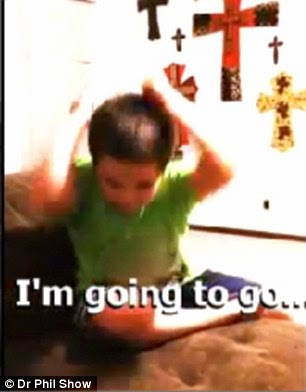 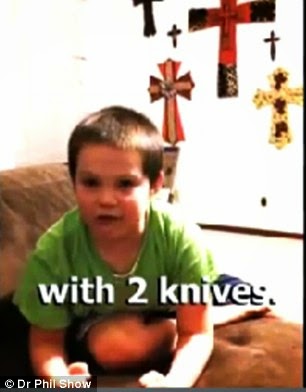 Rylan on camera talking about how he plans to stab someone with two knives
Kim, who has three other children, thought the process had been smooth until she began to realize Rylan was not developing normally, reports the Huffington Post.
Kim claims that at 18-months-old, Rylan would hold his breath until he passed out.
When he turned three, he stabbed knives inside a watermelon and became more and more violent. 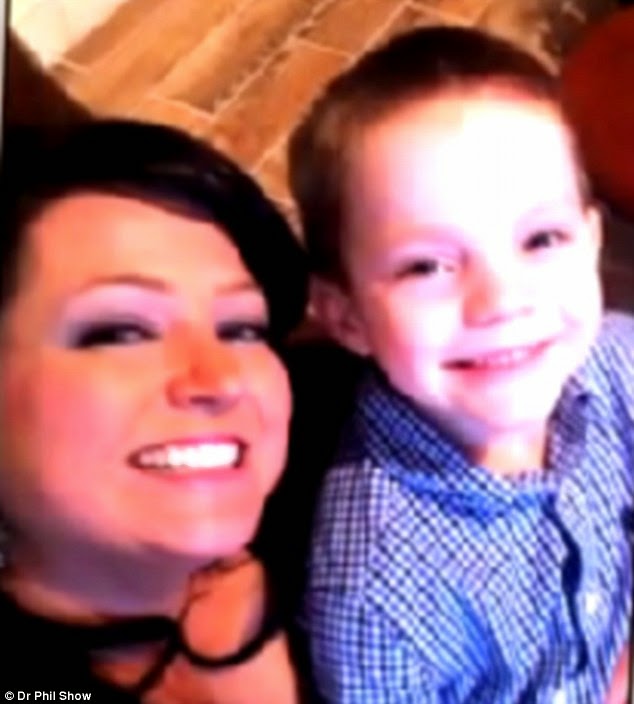 She says her son has an imaginary robot friend called Bleeder – and he says the character tells him to kill his entire family with knives.
Kim said: ‘He talks about how he is going to lift them [knives] up over his head and plunge them into our chest.’
She added: ‘When Rylan was six he locked himself in the bathroom, he found his older brother’s razor and he cut off the tips of his fingers because he wanted to see them bleed.
‘In Rylan’s head, Bleeder was the one who told him to cut his fingers so he could see the blood and feel the pain. 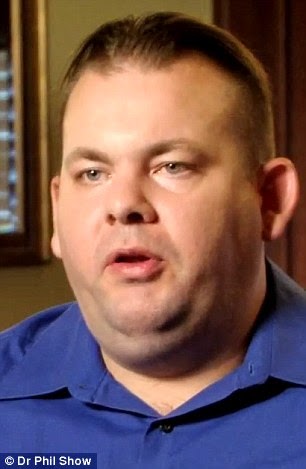 Kim and her ex-husband, Ryan, are both terrified that Rylan will harm someone soon
The pair say they are both now terrified of their son who they both take turns caring for.
‘He talks about stabbing us, about how he’s going to lift them up over his head and plunge them into our chests so he that he gets the best impact,’ said Kim.
‘My biggest fear is that we’re raising a school shooter, a mass murderer, a serial killer.’

They have put him in seven different hospitals for treatment, but to no avail. 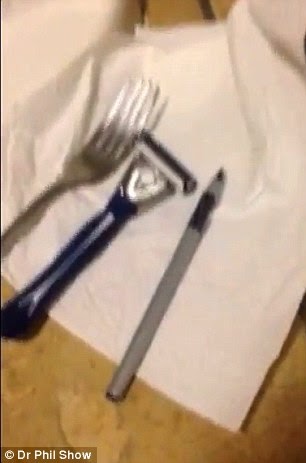