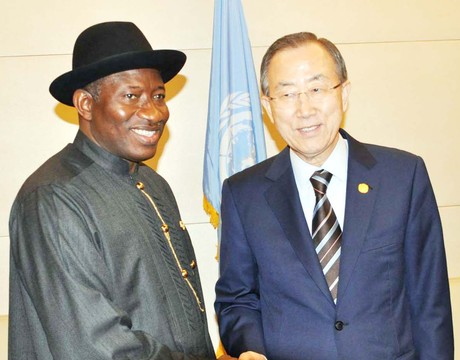 The United Nations, UN, Secretary-General, Ban Ki-Moon, has congratulated Nigeria on the largely peaceful and orderly conduct of presidential and parliamentary elections.

In a statement issued on Saturday night in New York, the UN Scribe encouraged all Nigerians to continue to maintain the peace and to exercise patience throughout the ongoing voting process and the announcement of the final results.

He condemned the attacks reportedly carried out by Boko Haram in some parts of the country and attempts by hoodlums to disrupt polling in some areas.

Mr. Ki-Moon said that he was encouraged by the determination and resilience shown by Nigerians in pressing forward and exercising their civic duties.

The Secretary-General called on all actors to channel any complaints that might arise from the elections through the established dispute resolution mechanisms.

He said he believed that the successful conclusion of the electoral process would mark an important step forward in further consolidating democracy and the rule of law in Nigeria.