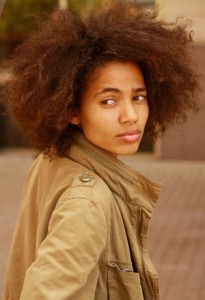 Renowned Nigerian international singer, Nneka has shared her thoughts on President Goodluck Jonathan and his postponement of the general elections in Nigerian on an interview with CNN.

The singer spoke about the political situation in the country, the elections and the president.

According to her, Goodluck Jonathan should have dealt with the issue of Boko Haram before the elections that was scheduled to hold originally on February 28.

“He [Goodluck Jonathan] says he wants to tackle Boko Haram, obviously every Nigerian is asking why now, he could had done it a long time ago… I’m not good at the whole blaming game, I don’t want to blame anybody but I pray that he comes up with a good idea for us if he is an honest and genuine guy. But I know that Fela [Kuti] would definitely not be cool with him if he was here, Seun [Kuti] is not cool with him, I and many other socially conscious musicians who are very outspoken are not cool with him”

Nneka who is known for her politically charged songs also said that outspoken singers would not have a good relationship with the President. The general elections in Nigeria will now take place on March 28, 2015.