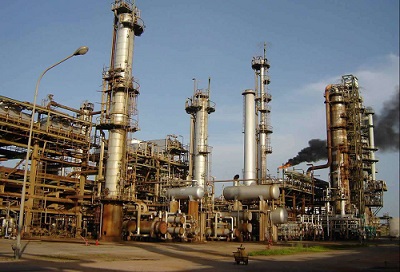 The Nigerian National Petroleum Corporation, NNPC, said on Thursday that by the time the ongoing rehabilitation of the three refineries in the country are completed by the first quarter of 2016, Nigeria would be producing about 400,000 of refined petroleum products every day.

The Coordinator, Corporate Planning and Strategy, of the NNPC, Dr. Tim Okon, who stated this while defending the budget of the agency before the Senate Committee on Petroleum Resources (Downstream), however, said the corporation could not afford the bills for the turnaround maintenance of the refineries from the original builders.

Okon, in company of the Group Managing Director of NNPC, Mr. Joseph Dawah, told the committee that when the corporation invited the original builders from Japan and Italy for turnaround maintenance, they declined and instead, recommended SAIPEM, a foreign firm operating in Nigeria, to carry out the TAM on their behalf.

He said while the Port Harcourt and Kaduna refineries were built by two Japanese firm, Chioda and JGC, the Warri Refinery was built by Snapcogetti of Italy.

He said, “The refineries would work again at full capacity, we already have plans to bring them back to perform at full capacity. We have discarded the initial plan of carrying out a comprehensive turn around maintenance initiated in 2011.

“The original builders of the refineries were contacted to handle the contract but they declined and instead recommended their partners in Nigeria to do it. For instance Chioda of Japan and JGC, also from Japan, which built Port Harcourt and Kaduna refineries, recommended Saipem while Snapcogetti, an Italian firm which built the Warri refinery also recommended Saipem”.

Okon noted that Saipem, which was to carry out the turnaround maintenance of the Port Harcourt refinery, gave the agency a bill of $475m, but later reduced it to $297m after further negotiation.

He said the management considered the prices to be on the high side and that given its present financial position, decided to look inward by inviting local contractors that are familiar with the facilities and worked with them.