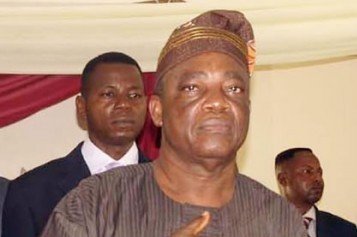 Ondo State Deputy Governor, Ali Olanusi, who defected from the Peoples Democratic Party Thursday morning, has given the reason for his action.

In a statement Thursday, the Ondo State number two man said he decided to pitch his tent with the All Progressives Congress after realizing that the party offers a platform where he can find justice, fairness and equity.

He said, “While still being in place as the democratically elected Deputy Governor of Ondo State, I have decided to lead my teeming supporters and well-wishers in the state into the All Progressive Congress (APC) where we can find justice, fairness, equity and democratic liberty, a party to which majority of our kith and kins in Yorubaland belongs.

“I have taken this decision at this critical time, in the best interest of peace, stability and good governance of our dear state and for the overall development of the South West and the nation.

“They (his followers) have watched helplessly in the last six years the untold marginalisation and total exclusion from the government they laboured to put in place”.

In his response to Olanusi’s defection, the Ondo State Commissioner for Information, Kayode Akinmade, said, “The state government just received the news of the defection of Alhaji Ali Olanusi, the Deputy Governor of Ondo State, to the All Progressives Congress.

“Though it came as a surprise, government acknowledge his right to determine his political affiliation and wish him well”.

Mr. Olanusi’s defection came less than a week after the Deputy Governor of Rivers State, Tele Ikuru, dumped APC for the PDP. 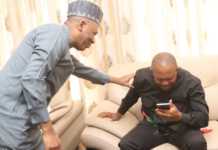