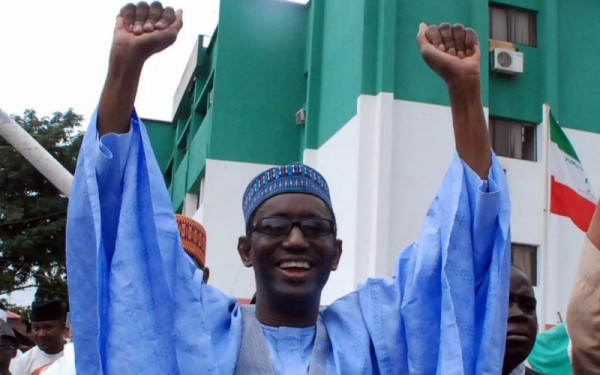 The ranks of All Progressives Congress, Adamawa State chapter was depleted as ten executive committee members of the party defected to the ruling Peoples Democratic Party on Tuesday.

The defectors said they dumped the APC in order to render support to the PDP governorship candidate, Nuhu Ribadu.

The defection was announced Tuesday at the Adamawa PDP Secretariat by Padio Phineas, the publicity secretary of the APC.

The former APC excos said their action was in the interest of the state and because they believe in the ability of Mr. Ridabu to chart a new course for the troubled state.

“Upon careful review of all the issues and problems, as well as personalities on offer aiming for the top job, we come to the selfless conclusion that no better person is right to take Adamawa back on track than the candidate of the Peoples Democratic Party (PDP)”, the statement reads.

“Unfortunately, for months and weeks, we have been saddled with the responsibility of marketing candidates that we frankly cannot vouch for their capacity and competence especially in comparable with the candidates PDP parades in the State”.

They said they had planned to work for the emergence of Mr. Ribadu as the APC gubernatorial candidate while he was a member of the party but he left for the PDP even before they could actualize their mission.

“However, to quote Shakespeare, ‘a rose by whatever name it is called will remain sweet’. We believe wherever he goes Nuhu Ribadu will remain Nuhu Ribadu.

“We believe the real change Adamawa needs today – the change from incompetence and cronyism to competent and selfless leadership is well represented by the PDP. Our decision is in the interest of Adamawa State. It is borne out of the patriotic flair to uplift our dear state and transform the lives of our people.

“[We] want to inform you and through you the good people of Adamawa State that we that are here today, and our teeming supporters across the state, have decided to resign our membership of the APC and join the PDP with the intention of joining the team that has the capacity and intention of transforming our state”.