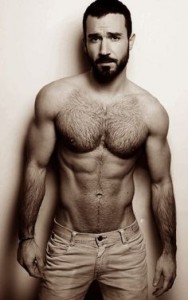 Are you the target of a collector? Read on for the warning signs:

Stamps. Bugs. Coins. First-Edition Books. Comic books. Bobbleheads. You think collecting is the purview of the nerdy, the creepy, or the childlike. (No offense, collectors, we all have our quirks.)

But the same way he considers it a warning sign if your bed’s coated in a menagerie of stuffed animals, you should be warned that certain behaviors signal you’re in the presence of someone who’s looking to collect … you.

Are you the target of a collector? Read on for the warning signs:

1. He comes on strong. The collector pursues. He flirts, he woos, he seduces. You are the special edition/mint-condition/one-of-a-kind object he’s been waiting to find. You will feel irresistible, appreciated and wanted. It’s a heady drug and hard to say no to. But this guy…

2. He pulls back if you don’t seem into it. Say he’s courting you and you’re maybe a little hesitant or meh? Just like if he was bartering over a rare baseball card, the collector’s trick is always to walk away but just far enough to hear you say, “Well, wait a second, we might be able to make a deal…”

3. He’s amazing when it’s brand-new. Once you’ve started things with a date/kiss/sex, he seems likewise to be all yours. His attention is fully on you because, my dear, you are the newest part of his collection. Beware, though, it won’t be long before his fancy’s struck by another potential addition.

4. He often maintains “transparency.” After the initial phases, you’ll likely hear that he’s not seeing you exclusively, doesn’t want anything too high-stakes, etc. Collectors do this in service of honesty and so they can feel like a nice guy but they’ll continue to make you feel just special enough that you might one day be the one to “win” them.

5. He can be hard to reach. Between dates, he might make himself scarce. Don’t worry about him. He’s just tending to the rest of his collection. Then, when you do hear from him…

6. He’s a mercurial communicator. He doesn’t answer all your emails or texts, but when he does, it’s sometimes blasé at best, terse at worst. Until … he wants to see you: The sexy endearments return and you think you were just imagining the iffy correspondence.

7. He adores you when you’re together. Of course he does. He’s opened his case and taken you out to enjoy. You will be fawned over, tended to, and, um, polished. He’s perfect in your presence and you want to be all his. But once he’s made sure you’re still in working order, it’s back in the case with you.

8. He cancels plans. Collectors flake because they like the opportunity to spend time with all their collectibles. If he breaks dates or doesn’t make plans, that’s why. Don’t buy other excuses.

9. He likes you when you’re not messy. Collectors keep things under glass, in packages, and wrapped in plastic. They like when you’re fascinating but not too complicated. The second you have a real problem or express a real need, you’re sullied in their eyes.

10. He compartmentalizes himself. Collectors have a lot to keep track of. There’s you, her, her, and her, and then there’s all the rest of his life stuff. You might meet his friends or be privy to some personal details but when he has a real problem, he closes himself off. He’ll tell you he don’t lean on anyone and it seems strong and romantic but really he’s just not brave enough to let you in.

11. He acts like you’re crazy if you question whether he really wants to do this. You might get sick of the ups and downs and express uncertainty. You might say you feel like he doesn’t want to be with you. Because the highs are great but the lows really suck. He will tell you just how crazy this is. And if you ask too often or require too much proof that he really does like you, you are the insane person asking too much and he will be done with you.

12. He never really ends things. If you’re not on his “crazy” list, he won’t really cut himself out of your life. No, you won’t hear from him with regularity. No, things won’t necessarily progress to a deeper level but he will always let you believe that he might someday want a real relationship.

13. He will reappear if you disappear. Say you’ve had it and you start to pull away. You will probably hear from the collector just as soon as you think you’re over it. (They’ve got the magic that way.) It will be a short, sweet, low-effort communication but just enough to make you think they want to keep you around. And they do. Just not that much.

14. He likes you better when you’re subject to other admiration. We all want a partner we can be proud of. But collectors want the thing that other people want. If you’re out with him and he catches others looking at you, he will place more worth on you and you’ll feel beyond adored — but for that night only.

15. He thinks of you as a set of adjectives (three to four at most). You might be the sexy, brainy, witty one. Then there’s the carefree, athletic, competitive one. Collectors really get to know you at the beginning and take a real-seeming interest in your life. But he’s just paying close attention to his newest find. He never goes much deeper than that at those early stages, though, because he wants to catalog you as simply as possible.

16. He gives you the sense he’s said these things before. It’s hard work, this collecting. Sometimes, the collector will say things so smooth and so charming that seem almost rehearsed. In a way, they are.

17. He likes to be in control. Think about the collectors you see in movies and in television. They’re careful, methodical, protective. A collector only shows you as much of himself as he can bear. If you have a date where he gets more open or vulnerable than usual and you think you’re making progress, beware: he’s about to pull away for a while.

18. He usually collects something else. It’s just who they are. Surrounding himself with things he attaches meaning to is about as much of a relationship as he can handle.

Sadly, there are even more signs than the above. And, in all honesty, a smart woman who’s on to his game is almost more certain to be a victim of his behavior than someone who just thinks he’s a sh*tty boyfriend. They’ll call him on it. The seemingly sensitive woman will think if she loves him just right, she can break his habit.