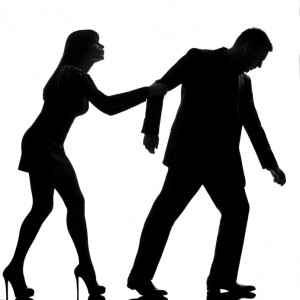 Some people meet in high school and get married and last as a couple for a lifetime. Most of us, though, go through a couple of breakups. Hopefully, we learn from our mistakes and get better at finding the right person with which to grow old

Maybe for some, understanding what makes a guy break it off with you will help you see the signs or avoid the same mistakes the next time.

1• He wants different things than you. In the beginning, it was a crush that moved quickly into a relationship before you knew each other and what you wanted out of life. He wants to do his music and you want a man with a steady income who wants a family.

2• The relationship is moving too fast. One week you’re seeing each other a couple nights a week and suddenly he notices you have changed his sock drawer into your “just a couple of things” drawer that includes your toiletries, a change (or two) of underthings and some jeans and t-shirts.

3• He doesn’t trust you. Oh, men think that way, too. Maybe he caught you in a small lie or giving some other guy your phone number, or he has his own set of issues from past relationships. One day some thing can happen that reminds him of what happened to him or he did in the past, and suddenly he has the urge to step away.

4. You are fighting a lot. For the most part, men aren’t as talkative as women when it comes to working things out, so they are likely to just walk away from a relationship that is too conflictive.

5. • He wants to be with someone else physically or even emotionally. For some reason, you two have drifted a bit. Someone else is taking up his time – it doesn’t even have to be physical.