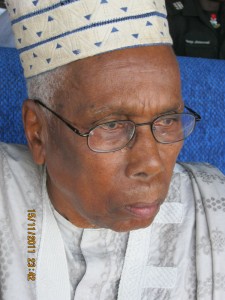 President-elect Muhammadu Buhari has short-listed 18 persons across Nigeria’s six geo-political zones, who will make up his transition committee ahead of the May 29 handover date. The committee will be headed by Mallam Ahmed Joda.

It will be made up of three persons from each of the six geo-political zones. Sources told Thisday that the South-west has the highest representation (four persons).

The sources also hinted that the shortlist was not decided by Buhari alone; party leader Bola Tinubu also had a major and significant input in the list.

Thisday further quoted sources to have said that the committee will be inaugurated next week.

Other officials of the committee, according to Thisday sources, are Dr. Doyin Salami, who has been selected as Vice-chairman and Malam Adamu Adamu as secretary.

The committee’s responsibility will include liaising with the federal government’s committee, as well as study and work on the handover notes preparatory to May 29. They will also be charged with designing the blueprint that would assist the Buhari government to take off smoothly with a clear understanding of the challenges at hand.