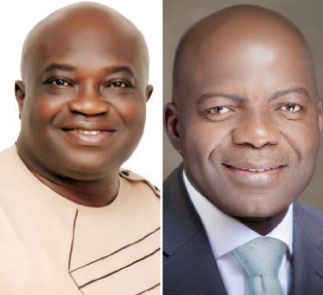 Governor-elect of Abia State, Dr. Okezier Ikpeazu, has described the decision of the All Progressives Grand Alliance, APGA, governorship candidate, Dr. Alex Otti, to challenge his victory at the elections petition tribunal as trait of a sore loser.

He, therefore, urged Otti and his party – APGA, to emulate President Goodluck Jonathan and concede defeat.

Meanwhile, the governor-elect has promised to run an open door government where anybody from the state with “positive ideas” would be given opportunity to contribute to the development of the state.

Ikpeazu, who made this known while speaking to journalists at his Umuobiakwa country home in Obingwa Local Government council, also expressed his commitment to work very hard for the unity and development of the state.

“Anybody that has positive ideas that will promote unity and development of Abia State is welcome. My strongest point is that I will provide the platform for every Abian who has progressive ideas to contribute to the administration. Our common ground is to develop Abia”, Ikpeazu noted.

He described his victory at the polls as “the hand work of God” and said that he has dedicated it to the “Almighty God, who fulfilled His word and made our dream come true”.