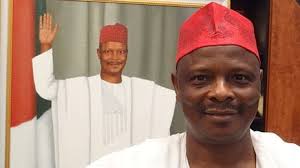 Leader of the group, Alhaji Abubakar Aminu made the call weekend during a press briefing in which they urged the president-elect to heed the call of the FCT residents and give them a say in who oversees the nation’s capital.

ARF, he said, which is a socio-cultural group interested in development of the FCT with members cutting across different tribes, religion, culture, and states in the federation who live in the six area councils of FCT, explained that the aim of the Forum “is to see to the progress and improvement of security and welfare of all the members of the 36 states who are resident in the FCT and the inhabitants”.

According to the group, “The president as the constitution mandates is the governor of the FCT and the national assembly is our house of assembly for us it is good, but as democrats and Nigerians we feel as residents we should be given the opportunity too to partake in the elections of our governor and state assembly.

“It has now become imperative as residents of the FCT to call on Mr President who happens to be the governor general of the FCT, to call on him, as the constitution entails that the president may appoint a minister who shall oversee the affairs of the FCT.

“We want to see a situation where by the person appointed as FCT Minister is a person of high pedigree, a person that has demonstrated in his own area of endeavour. We therefore as a group strongly want to recommend to Mr President, senator-elect, Alhaji Rabiu Musa Kwankwaso to be appointed as minister of the FCT”.

ARF noted that Kwankwaso’s antecedent as a deputy speaker in the house of representative from 1992 and 1993, governor of Kano state in 1999 to 2003 and 2011 to date, board member representing North West in the Niger Delta Development Commission, NDDC and Minister of Defense formed the basis of their call for him to be the next FCT minister.

Mr. Aminu, who recognized the fact that Kwankwaso will be going to the Senate to represent Kano Central Senatorial District once his tenure expires on May 29, said his election will not stop him from answering the call for service of the people of FCT.

He said: “Yes, we are aware that Kwankwaso has just been elected a Senator but it is our belief that he will be better utilised as a minister under the envisaged dispensation as Nigerians are all too eager to reap the benefits of electing Muhammadu Buhari and it is only tested hands that can help to achieve this”.

He, however, noted that their call was just an appeal saying that the president-elect may choose to bring any other person from any other place, if he so desires.

The group also used the opportunity to congratulate the Mr. Buhari on his well-deserved victory after three previous failed attempts, saying the victory was a lesson for the younger generation of Nigerians in perseverance, dedication and patience.

It commended President Goodluck Jonathan for displaying statesmanship, humility and exemplary attitude for humanity to emulate in conceding defeat even before the official announcement of the results.

Present at the briefing were some of the executive members of the forum including Hon. Olushola Emmanuel, Mohammed Usman, Alhaji Hussaini Yusuf, Charles E Okehislem and Mrs. Veronica Joseph.