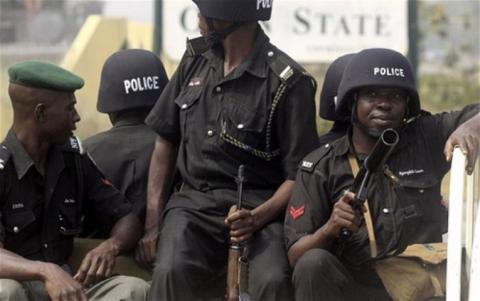 The Kwara Police Command on Sunday said it arrested 60 suspects connected with Saturday’s clash between officers of the National Drug Law Enforcement Agency, NDLEA, and drug addicts in Ilorin.

The spokesperson of the command, Samuel Okasanmi, announced this while addressing newsmen in llorin on Sunday.

He said police had launched a manhunt for the ring leader of the disturbance.

The News Agency of Nigeria reports that three people were feared dead and property worth millions of naira destroyed when the thugs went on rampage in some areas of Ilorin.

The ringleader of the crisis allegedly led a gang on a reprisal against some operatives of the NDLEA.

Mr. Okasanmi said the NDLEA operatives were part of the team that raided marijuana smokers’ spot at Idi-Ape- Baruba area on Friday.

He said many houses and motorcycles were burnt and damaged during the incidence.

The police spokesperson said the command had ordered a thorough probe into the immediate and remote causes of the incidence while those found culpable would be prosecuted.

Many residents who fled their homes during the violence are yet to return as they are taking refuge at different parts of the town.

Many domestic animals were not spared as several of them were slaughtered by the hoodlums during the attack.

There was no presence of police officers or security operatives in uniform in the affected area on Sunday when a correspondent visited the area.

Some of the residents, however, appealed to the government to provide adequate security to the residents to avoid a recurrence.