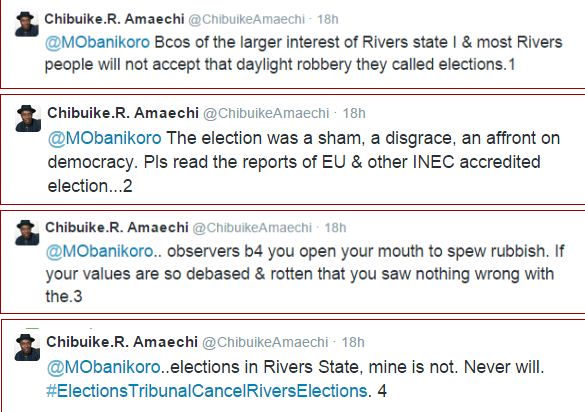 They win an election and it’s not rigged, they lose and it’s rigged? Lol. Governor Rotimi Amaechi some hours ago came for Senator Obanikoro on twitter after the Minister advised him to accept the outcome of the Rivers state Governorship election and call to congratulate the winner just as he called Lagos state governor-elect, Akinwunmi Ambode even though he was not his choice. See the tweet from Senator Obanikoro that Amaechi’s reacted below..