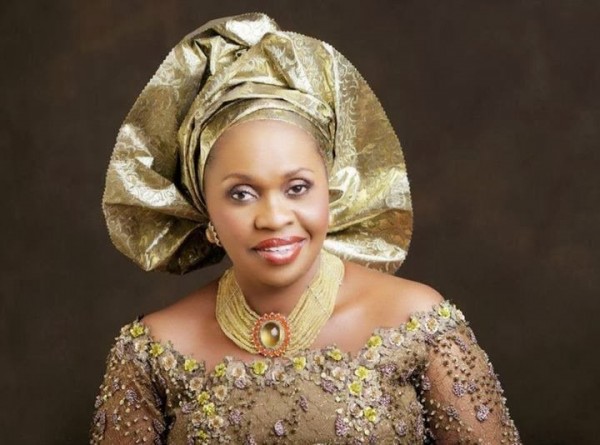 Millionaire businesswoman and politician, Bola Shagaya, has described as untrue, reports that she was planning a lavish party for Aishat Buhari, the wife of Nigeria’s president-elect, Muhammadu Buhari.

Ms. Shagaya, who has an uncanny ability to be friends with any government in power, is a powerful ally of the outgoing First Lady, Patience Jonathan.

When reports filtered online, following a tweet by the UK chapter of the All Progressives Congress about the alleged planned event, the Kwara-based politician came under severe bashing on social media for purportedly being a turncoat and planning to curry patronage by fraternizing with the wife of the president-elect.

However, in a swift response through her aide, Deji Adeyanju, Ms. Shagaya accused the London chapter of the APC of mischief, noting that she remains a close friend of Mrs. Jonathan and will continue to offer her invaluable contribution to the nation and always.

“While we hold Mrs. Buhari in high esteem and commend the victory of Gen. Muhammadu Buhari at the poll, we wish to make it categorically clear for the records that this story is totally untrue and a fabrication. Hajia Bola Shagaya has no such plans or has she ever told anyone of such a plan to host Mrs. Buhari. It is purely mischief aimed at misleading Nigerians and disparaging her good name”, the aide said.

“This rumour making the rounds on cyberspace has no iota of truth whatsoever and Hajia Bola Shagaya wishes to draw the attention of Nigerians to this. Hajia Bola Shagaya remains a very close confidant and friend of our amiable First Lady Dr. Dame Patience Jonathan and will continue to offer her invaluable contribution to the nation and always”.

Ms. Shagaya also commended President Goodluck Jonathan for accepting the outcome of the polls, describing his action as heroic.

“We are also very proud of the heroic act of President Goodluck Jonathan making a great sacrifice to keep the peace of this nation”, her aide said.