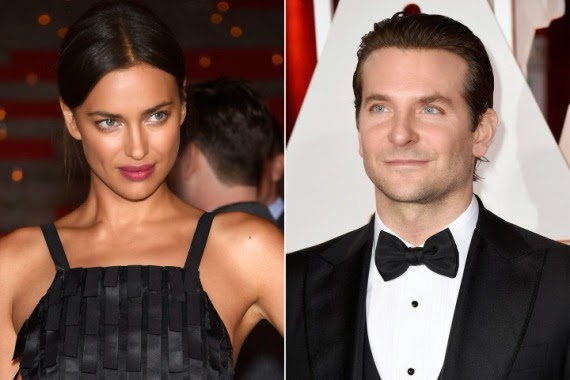 Actor Bradley Cooper, 40, and top model Irina Shayk, 29, who ended her five year relationship with footballer Cristiano Ronaldo in Dec. 2014, were spotted on a Broadway date on Wednesday night.

The two, who were introduced by mutual friends, were seen together in the audience at ‘Finding Neverland’ Broadway show, according to a report by NYT’s Page Six

Bradley ended a two-year relationship with UK model Suki Waterhouse just last month and the two were seen at Coachella last week sparking rumours of a reconciliation but it looks like he may have moved on to Irina though sources told Page Six it’s just a ‘friendly relationship’ for now.
lindaikeji.blogspot.com