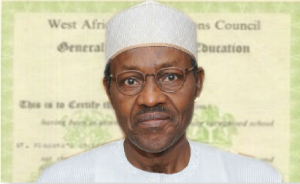 The summit of the group of seven industrialized countries in the world — United States, France, Germany, Great Britain, Italy, Japan and Canada — popularly known as the G-7 has invited Nigeria’s President-elect, Muhammadu Buhari, to attend its next meeting scheduled to take place in Berlin, Germany, on May 8 and 9.

The invitation was conveyed to Buhari by the German ambassador to Nigeria, Michael Zenner, during his congratulatory visit to Buhari on Monday at the Defence House in Abuja.

Speaking on the bilateral relations between his country and Nigeria, Zenner said Germany is interested in stepping up investment in the energy sector and assisting with checkmating the threat of insecurity.

“I am here to congratulate the President elect, Buhari on his election and handed over to him the letter from the German Chancellor inviting him to Germany.

“We have a very deep and intense relationship with Nigeria and there are lot of areas where we can deepen our relation and develop them further such as in the area of economy, energy among others.

“We have a bi-national commission with Nigeria and we are one of the countries with which Nigeria has this Bi-National Commission and it covers the whole range of political, economic and security areas. There are many areas in which we can move further and deepen our very close cooperation,” he said.

Buhari who won the presidential election on March 28 will assume office on May 29 after an official inauguration.