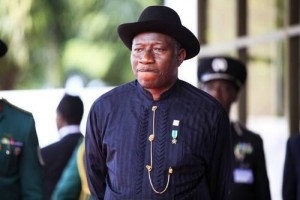 President-elect, General Muhammadu Buhari today said he will revisit the issue of the allegedly missing $20 billion from the coffers of the Nigerian National Petroleum Cooperation (NNPC).

Buhari made this known while addressing a delegation of Adamawa State chapter of the All Progressives Congress (APC) who paid him a congratulatory visit at his campaign headquarters in Abuja.

He lamented that the federal government under the leadership of President Goodluck Jonathan turned a deaf ear to the issue when it was raised by the former governor of Central Bank of Nigeria (CBN), Sanisu Lamido Sanusi, who is now the Emir of Kano.

According to him, instead of investigating the missing funds, Jonathan hurriedly sacked Sanusi.

“I heard that some people have started returning money; I will not believe it until I go and see for myself.

“Imagine a situation where the former CBN governor who by God ‘s grace would later become the Emir of Kano raised an issue of missing billions of money, not in Naira but in Dollars, $20 billion.

“What happened, instead of investigating to know whether it was true that the money was missing or not, they simply found a reason to remove him. So these are the issues we are talking about,” he said.

Share
Facebook
Twitter
WhatsApp
Previous articleSO SAD: Read What Armed Robbers Did To Seven Women During Night Vigil
Next article8 Signs To Tell Whether He Is Your Future Husband Or Just A Waste of Time
- Advertisement -