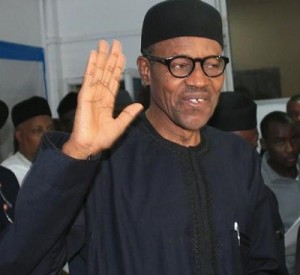 As Muhammadu Buhari awaits his May 29 inauguration, the All Progressives Congress (APC) says work has started in earnest by the president-elect and his vice, to solve the problems facing the country.

According to a statement by the party, the incoming government will focus on poverty eradication, creation of jobs among other crucial areas needing the attention of the government.

“Chief among these programmes include plans to curb poverty by creating jobs and setting up social welfare schemes that cater to the poorest Nigerians. One of these schemes is a Conditional Cash Transfer that pays N5000 – N7500 monthly to 25 Million of the poorest Nigerians over the next four years as long as they send their children to school and get them immunized. Another provides free meals to children in primary schools nationwide while there are plans to stimulate the Agricultural sector and institute a National Health Insurance Scheme that provides healthcare cover for poor people for just N500-N1000 yearly contribution,” the statement read.

The APC said the efforts are to ensure the promises made to the people are fulfilled. Also, the new government will ensure that it employs the best brains to work with him, especially “in powerful positions in Ministries and parastatals where the country needs progressive and definitive action in areas like Power, Education and Agriculture to mention just a few”.

Buhari and Osinbajo have already begun screening people who are being considered for the position.

The statement said that “the APC remains committed to executing its signature programmes – huge policy and social initiatives that cannot be hijacked. The incoming regime has made it clear that tokenism will not solve the major problems that ail the country”.