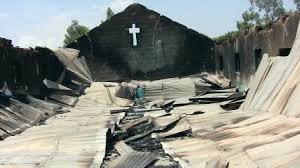 The Hausa, Fulani and Kanuri Christians Association (HFKCA), Kano State chapter, has said that 15 persons have been arrested by the state police command in connection with the burning of the Baptist Church, Gidan Maso Village, Rogo local government area of the state, recently.

The president of the group, which is also known as Tarayyar Masihiyawan Nijeria, General Ishaku Dikko (Rtd.), explained that after the incidence, the Nigerian Police, Emir of Kano and Kano State Government had all reached out to the group and the scene of the crime inspected by the police on April 5. He also stated that six youth were arrested in connection with the arson.

Dikko also stated that nine others, who were arrested, are presently cooling their feet at the Criminal Investigation Department (CID) branch in the state.

“One of our own, Barrister Inusa Bako, is representing our interest and monitoring the prosecution which is now in the hands of the Kano State Commissioner of Police.

“However, four others who are still at large are still boasting and threatening the Christians. On April 9, the Emir of Kano, Alhaji Sanusi Mohammed II, invited the district head and religious leaders in the LGA, directing that such a thing should not be allowed to repeat itself.

“He also charged everyone present to work with the district head and the local government chairman to ensure that the burnt church and the parsonage are rebuilt”, Dikko said.