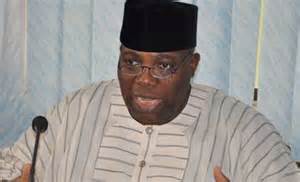 Still yet to get over the shock of the emergence of Gen. Muhammadu Buhari (retd.) of the All Progressives Congress, APC, as Nigeria’s President-elect, the Senior Special Assistant to President Goodluck Jonathan on Public Affairs, Dr. Doyin Okupe, has blamed his principal’s defeat to high level international conspiracy.

Okupe in a Facebook post on Saturday, also said the Chibok girls were kidnapped in order to present the Jonathan administration as incompetent and hold it to ransom against the elections.

“One of the reasons the Chibok girls were kidnapped was to present Jonathan’s administration as incompetent and hold it to ransom against 2015 elections.

“One of the reasons the BBOG (Bring Back Our Girls) was formed was to sustain and internationalise the embarrassment.

“One of the reasons President Jonathan lost the election was a national and international conspiracy predicated on this carefully choreographed and assiduously sustained perception.

“One of the issues that will be in the hand over notes will be the missing girls”, Okupe wrote.

The presidential aide stressed that the most reasonable and expedient thing for well-meaning men and women of good conscience is to dialogue with the incoming administration of Gen. Buhari (retd.) on what best new approach to employ to find and rescue the Chibok girls.

“Not much can be achieved, except mischief, by continuing to flog this administration on this matter”, Okupe added.