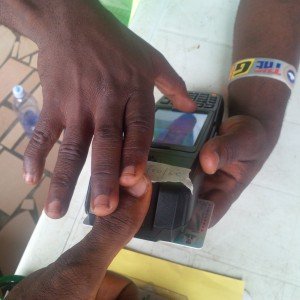 The Peoples Democratic Party, PDP, Lagos State chapter, has called for the use of Smart Card Readers for the state’s local council elections just as it decried the delay in the conduct of the polls.

The party in a statement by its State Publicity Secretary, Mr Taofik Gani, also berated the Lagos State Government for failing to conduct the council polls long after the expiration of the tenure of the last elected council officials.

According to the Gani, the composition and existence of the councils as they presently stand is illegal, unconstitutional and undemocratic.

The party argued that “the administrators appointed by the state government for the councils are not recognised nor accommodated in any of our governing laws. Section 7 of the 1999 Constitution as amended states that only democratically elected local government council is guaranteed.

“It is thus unexpected that a state like Lagos that says it progressive and democratic can continually disregard this constitutional provision and allow illegal, unconstitutional councils since October 2014 when the tenure of the last councils terminated”, the party stated.

The PDP, however, called on the State House of Assembly to make necessary amendments to enable the Lagos State Independent Electoral Commission, LASIEC, accommodate the use of PVC and Card Reader to conduct the council polls.

“We shall mobilise our votes and stand to protect it. We have no doubt that our soaring influence in Lagos state will cut across at least 35 LCDAs and 250 Wards during the polls”, the party reiterated.