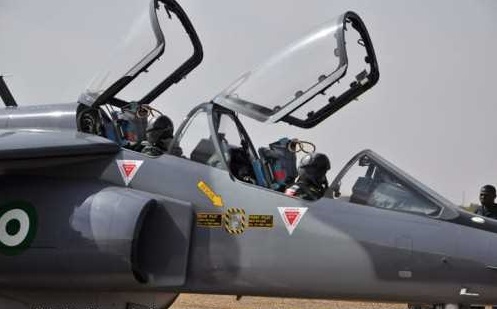 The Chief of Air Staff, Air Marshal Adesola Amosu, has said pilots of the Nigerian Air Force have shown a commendable degree of bravery by defying gunshot wounds to carry out aerial bombardments of insurgents’ hideouts in the North-East.

Amosu said this during the winging ceremony of 15 fighter pilots of the Nigerian Air Force in Abuja on Tuesday.

He charged the new pilots to emulate the outstanding exploits of their senior counterparts involved in the counter terrorism operations in the North-East.

The Air Chief described the pilots waging the aerial operations of the war against Boko Haram as daring, bold and intelligent.

He noted that the new pilots were left with no other option than to display the set qualities of their senior colleagues having been winged at a time the nation was confronting the threat of insurgency in the North-East.

He said the Air Force and indeed the country were expecting the winged pilots to perform their duties in the North-East in line with the nation’s expectations, which had spent so much to train them.

The Air chief added, “You will therefore be required to bring your training to bear as you put in your utmost best in responding to calls of duty at all times.

“Let me quickly remind you that you have come to join a crop of pilots that have intimidating CVs.

“The pilots you are coming to meet today are very courageous, very intelligent, very bold and very daring. So, we don’t expect anything short of these attributes.

“You have come to meet us at a time when we are fighting insurgency. Let me quickly remind you that those pilots you see out there, the Alpha Jet pilots, the F7 pilots, regularly come back with bullet wounds.

“This is not to scare you, but to tell you how courageous your predecessors are, regularly they get gunshot wounds and they still go back to the forest”.