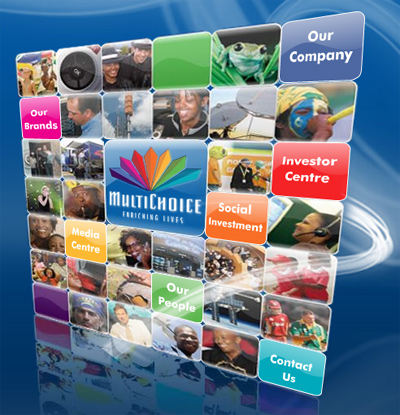 A Federal High Court sitting in Lagos has restrained Multi Choice Nigeria Limited, operators of the Digital Satellite Television, popularly known as DStv, from implementing its new rates and increase in tariffs payable by its subscribers across board.

The restraining order was given by Justice C.J. Aneke sequel to a suit filed by two Lagos-based legal practitioners, Osasuyi Adebayo and Oluyinka Oyeniji.

In the class action suit, with number FHC/L/CS/404/2015, Justice Aneke granted the interim orders till the hearing of the motion on notice for injunction on April 16, 2015.

He also ordered for the suit and the Interim injunction to be published in national newspapers.

Messrs. Adebayo and Adeniji are challenging the arbitrary increase in tariffs.

The legal practitioners urged the court to order the second defendant, the National Broadcasting Commission, to also implement Pay Per View where subscribers choose the programmes they want and pay as they watch, which is being implemented in some other parts of the world.

In the order given on Thursday, Mr. Aneke ruled: “That an order of interim injunction is hereby granted to the parties to maintain the status quo restraining the 1st defendant (Multichoice/DSTV) from giving effect or enforcing its planned increase in cost of the different classes of viewing or programmes bouquet, pending the hearing and determination of the motion on notice.

“That an order is hereby granted certifying the plaintiffs’ claim as a class action for themselves as individual subscribers, other corporate subscribers, distributors and retailers of the 1st defendants’ services.

“That an order is hereby granted restraining any other person whether individual or corporate from instituting any other action as may be related to the action against the defendant to prevent multiplicity of lawsuits pursuant to the appointment of the plaintiffs in the class action but may instead opt in or out of this action”.

In March, MultiChoice, owners of DStv and GOtv, announced a 20 per cent price increase for all its satellite pay TV bouquets in Nigeria to take effect from April 1, 2015.

Thus, the subscription fee of DStv’s Premium, Compact plus, compact, access, Family and extra view bouquets were all set to increase, as is the price for GOtv Plus and GOtv bouquet.

MultiChoice explained that the price increase was necessary for it to continue offering the best in local and international entertainment to its subscribers.