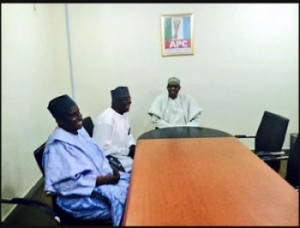 Mark won the Benue South senatorial district seat for the fifth time in the March 28 election under the platform of the People’s Democratic Party (PDP). However, with the All Progressives Congress having won majority of the seats in the Senate, Mark will have to be a floor member of the Senate in the 8th National Assembly. Senator Bukola Saraki, who is a serving senator is being touted to replace Mark.

Wile his President Goodluck Jonathan of the PDP is likely to retire to his Otuoke, Bayelsa State home, Mark will remain in Abuja as a Senator. It will be important for him to have a good relationship with the incoming president Muhammadu Buhari whose stance against corruption is expected to hit many members and associates of the PDP who are widely believed to be corrupt.